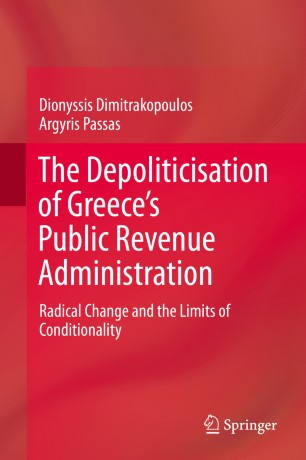 Radical Change and the Limits of Conditionality

This book analyses the reform of Greece’s public revenue administration promoted by its international lenders under the successive bailout agreements put in place since 2010. In particular, it shows how an integral part of the finance ministry was converted into an independent agency operating largely outside the direct control of the finance minister. The authors focus on the implementation of this major reform and demonstrate the impact of domestic decisions on the increasing specificity of the international lenders’ demands and the concomitant lack of confidence in the Greek political élite’s commitment to the reform package.

This book helps readers understand the response to the eurozone crisis (especially, the conditionality of funding), Greece’s reform capacity with a focus on its tax administration, and the expansion of the scope of non-majoritarian institutions in Western democracies.