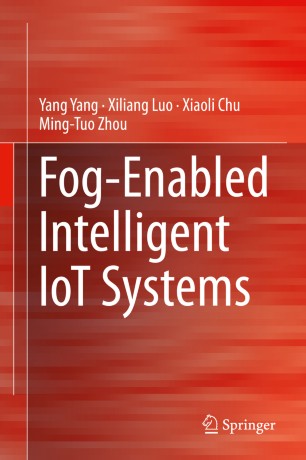 Dr. Yang Yang is currently a professor with Shanghai Institute of Microsystem and Information Technology (SIMIT), Chinese Academy of Sciences, serving as the Director of CAS Key Laboratory of Wireless Sensor Network and Communication, and the Director of Shanghai Research Center for Wireless Communications (WiCO). He is also a Distinguished Adjunct Professor with the School of Information Science and Technology, ShanghaiTech University. Prior to that, he has held faculty positions at University College London (UCL), Brunel University, and The Chinese University of Hong Kong. Yang is a member of the Chief Technical Committee of the National Science and Technology Major Project “New Generation Mobile Wireless Broadband Communication Networks” (2008-2020), which is funded by the Ministry of Industry and Information Technology (MIIT) of China. In addition, he is on the Chief Technical Committee for the National 863 Hi-Tech R&D Program “5G System R&D Major Projects”, which is funded by the Ministry of Science and Technology (MOST) of China. Since January 2017, he has been serving the OpenFog Consortium as the Director for Greater China Region. Yang’s current research interests include wireless sensor networks, Internet of Things, Fog computing, Open 5G, and advanced wireless testbeds. He has published more than 150 papers and filed over 80 technical patents in wireless communications.

Dr. Xiliang Luo received his Bachelor of Science degree in Physics from the Peking University, Beijing, China, in 2001, and his Master of Science and Doctor of Philosophy degrees in Electrical Engineering from the University of Minnesota at Minneapolis in 2003 and 2006, respectively. Xiliang Luo joined Qualcomm and carried out cutting edge researches in Qualcomm Research at different posts: senior engineer (2006), staff engineer (2010), and then senior staff engineer (2013). His work in Qualcomm included: system design, analyses, and standardization of 3GPP LTE star

ting from initial Rel-8 till Rel-11. He was the designer of various enhancements to Qualcomm’s current LTE solutions and he led the designs of Qualcomm’s next generation LTE modem for heterogeneous networks from initial concepts to final completion. In August 2014, Xiliang Luo joined the ShanghaiTech University as an Associate Professor in the School of Information Science and Technology. His general research interests lie in signal processing, communications, and information theory. Till now, Xiliang Luo has published more than 50 research papers in top journals and conferences. Meanwhile, he is the (co)-inventor of more than 70 US and international patents, majority of which have been adopted into the LTE and LTE-Advanced standards.

Dr. Phone Lin, an IEEE Fellow, is a Professor with National Taiwan University, Taiwan, holding a professorship within the Department of Computer Science and Information Engineering, Graduate Institute of Networking and Multimedia, an

d Telecommunications Research Center of College of EECS, and Graduate Institute of Medical Device and Imaging of College of Medicine. He received the BS and Ph.D. degrees of Computer Science & Information Engineering from National Chiao Tung University, Hsinchu, Taiwan, in 1996 and 2001, respectively. Dr. Lin serves on the Editorial Board of several journals, such as IEEE Transactions on Vehicular Technology, IEEE Network Magazine, IEEE Internet of Things Journal, Computer Networks Journal, etc. He has also been involved in several prestigious conferences, such as Local Arrangement Co-Chair, IEEE VTC2010-Spring, Taipei, Taiwan, the Technical Program Chair of WPMC 2012, Co-Chair of the Wireless Networking Symposium of IEEE Globecom 2014, and TPC member of IEEE Infocom 2010-2017. He was Chair of IEEE Vehicular Technology Society (VTS) Taipei Chapter 2014-2015. He is a Distinguished Lecturer of IEEE VTS. Lin has received many prestigious research awards, such as the Outstanding Research Award, Ministry of Science and Technology, Taiwan in 2016, the Best Young Researcher of IEEE ComSoc Asia-Pacific Young Researcher Award in 2007, the Distinguished Electrical Engineering Professor Award of the Chinese Institute of Electrical Engineering in 2012, the Ten Outstanding Young Persons Award of Taiwan (Science & Technology) in 2009, the Junior Researcher Award from Academia Sinica, R.O.C. in 2010.

Dr. Tao Zhang, an IEEE Fellow, is a Distinguished Engineer / Senior Director of Cisco Corporate Strategic Innovation Group. He joined Cisco in 2012 as the Chief Scientist for Cisco’s Smart Connected Vehicles business, and has since also been leading initiatives to develop strategies, architectures, technology, and eco-systems for the Internet of Things (IoT) and Fog Computing. Prior to Cisco, he was Chief Scientist and Director of Mobile and Vehicular Networking at Telcordia Technologies (formerly Bell Communications Research or Bellcore). For over 25 years, Tao

has been in various technical and executive positions, directing research and product development in vehicular, mobile, and broadband networks and applications. His leadership and technical work have led to ground-breaking results in fiber optic networks, all-IP cellular networks, mobile ad-hoc networks, and vehicular networks; resulting in new technology, standards, and products. Tao holds 50 US patents and has co-authored two books “Vehicle Safety Communications: Protocols, Security, and Privacy” (2012) and “IP-Based Next Generation Wireless Networks” (2004) published by John Wiley & Sons. Dr. Zhang co-founded, and is serving as a Board Director for, the Open Fog Consortium. He is the CIO and a Board Governor of the IEEE Communications Society (2016 and 2017).