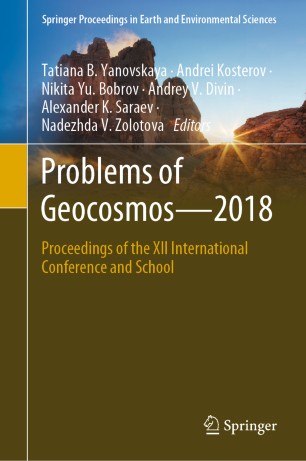 Proceedings of the XII International Conference and School

This book includes the proceedings of the conference “Problems of the Geocosmos” held by the Earth Physics Department, St. Petersburg State University, Russia, every two years since 1996. Covering a broad range of topics in solid Earth physics and solar-terrestrial physics, as well as more applied subjects such as engineering geology and ecology, the book reviews the latest research in planetary geophysics, focusing on the interaction between the Earth’s shells and the near-Earth space in a unified system.

This book is divided into four sections:

• Seismology (S), which covers the theory of seismic wave propagation, Earth’s structure from seismic data, global and regional seismicity and sources of earthquakes, and novel seismic instruments and data processing methods; and

• Physics of Solar-Terrestrial Connections (STP), which includes magnetospheric phenomena, space weather, and the interrelationship between solar activity and climate.