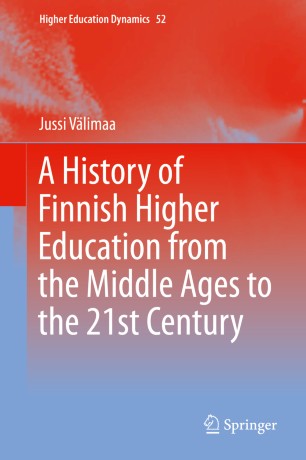 This book unravels the origins, continuities, and discontinuities of Finnish higher education as part of European higher education from the Middle Ages to the 21st century. It describes the emergence of universities in the Middle Ages and the Finnish student, and  moves on to the Reformation and the end of Swedish rule. It then discusses the founding of the Royal Academy of Turku, its professors and governing bodies, its role as a community, student numbers, the research and controversies. Travelling through the age of autonomy, the first decades of independence and the Second World War, the book examines the expansion of higher education, the development of the system, and the establishment of polytechnics. It concludes by analysing the multiple institutional and organisational layers of Finnish higher education. Altogether, the book offers an historical study that shows how and why education and higher education have been important in the process of making the Finnish nation and nation state.