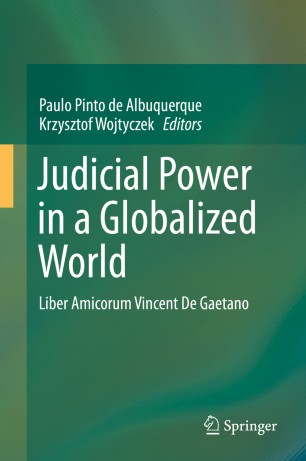 Judicial Power in a Globalized World

This book explores fundamental topics concerning the functioning of the judiciary. The authors – class scholars, international judges and jurists from a diverse range of countries – address general theoretical issues in connection with judicial power, the role and functioning of international courts, international standards concerning the organization of national judiciaries, and the role of domestic courts in international relations, as well as alternative means of settling disputes. The book contributes a novel and valuable global perspective on burning issues, especially on judicial power and independence in a time in which illiberal and authoritarian regimes are constantly seeking to diminish the role of the judiciary.