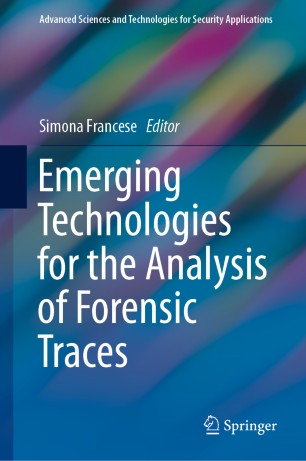 Emerging Technologies for the Analysis of Forensic Traces

This book provides a line of communication between academia and end users/practitioners to advance forensic science and boost its contribution to criminal investigations and court cases. By covering the state of the art of  promising technologies for the analysis of trace evidence using a controlled vocabulary, this book targets the chemical and the analytical academic community as well as, crucially, informing the end users on novel and potential forensic opportunities for the fight against crime.

By reporting end users commentaries at the end of each chapter, the relevant academic community is provided with clear indications on where to direct further technological developments in order to meet the law requirements for operational deployment, as well as the specific needs of the end users.

Promising chemistry based technologies and analytical techniques as well as techniques that have already shown to various degrees an operational character are covered. Majority of the techniques covered have imaging capabilities, that is the ability to visualise the distribution of the target molecules within the trace evidence recovered. This feature enhances intelligibility of the information making it also accessible to a lay audience such as that typically found with a court jury. Trace evidence discussed in this book include fingermarks, bodily fluids, hair, gunshot residues, soil, ink and questioned documents thus covering a wide range of possible evidence recovered at crime scenes.

Simona Francese holds a degree in Chemistry awarded by the University of Salerno (Italy) in 2000 by successfully completing a 5 year programme Upon successful completion of further chemistry exams, she was awarded the “abilitation to undertake the profession of Chemist” by the same University.

She was subsequently awarded a PhD in Chemical Sciences in 2004 by the University of Salerno by successfully completing a 3 year research programme. PhD achieved excellence as ratified by the awarding academic panel. Francese was awarded a short post doctoral fellowship between March 2005 and June 2015 and subsequently held a 3 year research fellowship at the Interdepartmental Centre for Mass Spectrometry, University of Florence, Italy.

She was then employed at Sheffield Hallam University in 2008 as Lecturer in Biomedical Sciences.

At Sheffield Hallam University (SHU), Dr Francese is Reader since 2014 and the deputy Head of the Centre for Mass Spectrometry Imaging since 2016 within the Biomolecular Research Centre. At SHU She has pioneered the use and development of MALDI MSI strategies to extract additional intelligence from latent fingermarks starting October 2008. She is part of the International Fingermark Research Group (40 members worldwide on invitation only) and currently the worldwide leader in the application of this technology to ridge impressions, publishing 17 peer reviewed papers to date.

Together with the group that she leads, she has built unprecedented knowledge on the use of MALDI MS based strategies to derive additional forensic intelligence from the chemical content of a mark; this ranges from specific detection of blood through detection of haemoglobin and haem, determination of the suspect's sex, separation of overlapping marks, to the detection of ingested substances and external contaminants including drugs of abuse making possible the integration with currently employed forensic workflows. She leads multidisciplinary work cross Faculty which led to a prototype being licenced to Consolite Forensics l.t.d.

She is funded by the Home Office UK, Centre for Applied Science and Technology, The Ministry of Defence Science and Technology Laboratory and has received funds by West Yorkshire Police. Her constant efforts towards translational research have led to the deployment of the technology in police casework demonstrating the operational capabilities in providing additional intelligence around a suspect profile. The strong endorsement by the Home Office UK has led to a significant Media interest with interviews on BBC Breakfast, BBC Radio World Service and all the major BBC radios in UK in addition to US and Canadian Radio Interviews.

Her research was selected as one of the four case studies for the Sheffield Hallam University campaign changing lives. This campaign was developed in response to the University being ranked in the top 5 modern Universities for research in the REF 2014. The Campaign was entered in the category ‘Best Marketing Initiative to Promote Research Excellence’ and won the Heist Gold award.

The Home Office has integrated MALDI MSI in its Fingermark Visualisation Manual under Category C techniques (potential technologies of the future). It is now the Home Office 's intention, following the use of the technology in casework, to move MALDI MSI up to Category B in the new manual (techniques to be used when those conventionally prescribed fail).