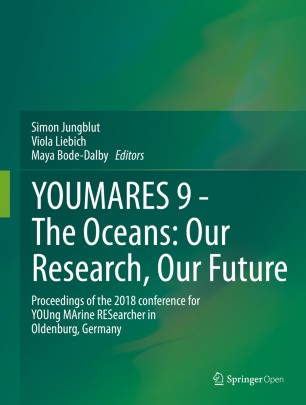 YOUMARES 9 - The Oceans: Our Research, Our Future

Proceedings of the 2018 conference for YOUng MArine RESearcher in Oldenburg, Germany

This open access book summarizes peer-reviewed articles and the abstracts of oral and poster presentations given during the YOUMARES 9 conference which took place in Oldenburg, Germany, in September 2018. The aims of this book are to summarize state-of-the-art knowledge in marine sciences and to inspire scientists of all career stages in the development of further research. These conferences are organized by and for young marine researchers. Qualified early-career researchers, who moderated topical sessions during the conference, contributed literature reviews on specific topics within their research field.