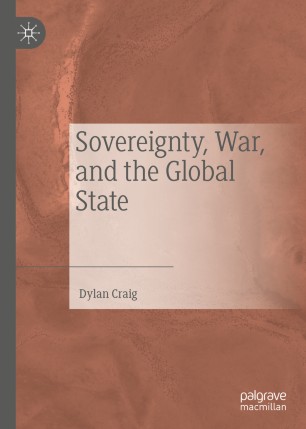 Sovereignty, War, and the Global State

This book highlights the existence of a class of struggles conducted in the gray zones of formalized war, or more aptly in the interstices where state power and jurisdiction are mismatched. These “sovereign interstices” are inextricable from the negative spaces of the great war-regulating sovereign orders, but they are also characterized by recurring characteristics among the fighters who are recruited to fight proxy wars within them. States have changed greatly in the last four hundred years, but interstitial fighters have changed far less, and the same can be said of the recurring styles in which their powerful patrons employ them to go where those patrons cannot. By charting these continuities, the author shows how a deeper awareness of interstitial war not only clarifies much concerning our contemporary world at war, but also provides a clear path forward in legal, military, and scholarly terms.
Dylan Craig is Senior Professorial Lecturer of International Relations in the School of International Service, American University, USA. Before joining the SIS community in 2004, he taught colonial and Cold War history at Rhodes University in South Africa.