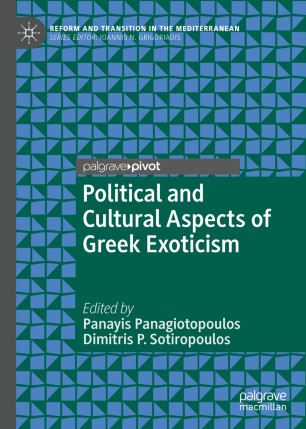 This book explores the new Greek exoticism by examining political and cultural mechanisms that contribute to Greece’s image and self-image construction. The contributions shed light on the subject from different perspectives, including political science, history of ideas, sociology, cultural studies, and art criticism. In the first part, the book provides a historical review with a focus on philhellenism, perceptions of antiquity and modernity, and the evolution of Greece as an idea. The second part looks at the current Greek crisis and analyses ideological, political and cultural aspects and stereotypes that contributed to the formation of contemporary Greek culture. The third and final part discusses notions such as aestheticism, idealism and pragmaticism, and deconstructs narrations of Greece through artistic media, such as films and exhibitions, which present a new oriental Utopia.

Panayis Panagiotopoulos is Assistant Professor of Sociology at the Department of Political Science and Public Administration, National Kapodistrian University of Athens, Greece.

Dimitris P. Sotiropoulos is Associate Professor of Contemporary History & Politics at the University of Peloponnese, Greece, and Editor-in-Chief of the Nea Hestia journal.