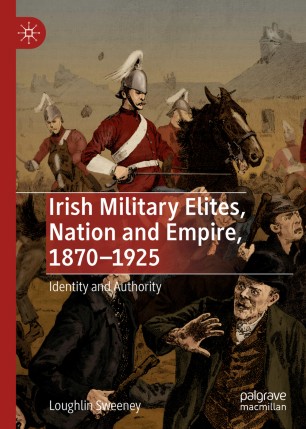 “Dr Sweeney’s important book brings to life the experience of the Irish officer class at a time of building revolutionary ferment. It is an astute and original study that sits at the boundaries of so many fields, from the national question to matters of gender and class.”

This book is a social history of Irish officers in the British army in the final half-century of Crown rule in Ireland. Drawing on the accounts of hundreds of officers, it charts the role of military elites in Irish society, and the building tensions between their dual identities as imperial officers and Irishmen, through land agitation, the home rule struggle, the First World War, the War of Independence, and the partition of Ireland. What emerges is an account of the deeply interwoven connections between Ireland and the British army, casting officers as social elites who played a pivotal role in Irish society, and examining the curious continuities of this connection even when officers’ moral authority was shattered by war, revolution, independence, and a divided nation.