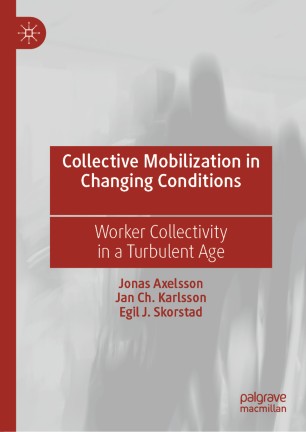 Worker Collectivity in a Turbulent Age

This book presents the first published account in English of Sverre Lysgaard's theory of the ‘worker collectivity’ – a theory of an informal protective organisation among subordinate employees, which so far has been unknown outside Scandinavia.

Lysgaard’s theory espouses that workers collectively form a buffer against management to protect themselves from the technical/economic power, which controls their working lives. The authors have returned to the same Norwegian factory Lysgaard studied in the 1950s to carry out ethnographic fieldwork in the 1980s and 2010s, and investigate the changing nature of the production, labour processes and management strategies. Through analysis that extends over 50 years of factory life, this research documents shifting power relations between workers and employers during times of changing institutional structures, globalization, and worker solidarity. A revised version of the theory is also presented as an answer to some of the uncovered deficiencies in the original framework. The book will be of interest to students and scholars of the sociology of work, labour studies, business management and organisation studies.