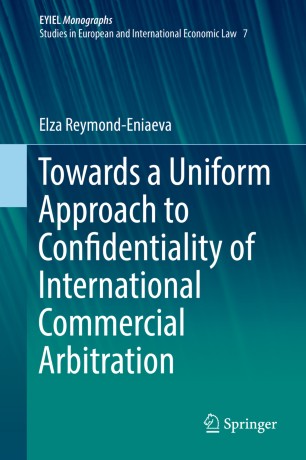 Towards a Uniform Approach to Confidentiality of International Commercial Arbitration

The book deals with confidentiality as one of the most controversial issues in international commercial arbitration. On the one hand, it is widely recognized that confidentiality is an important advantage of arbitration which contributes to its attractiveness. On the other hand, there is no uniform regulation in national legislations, arbitration rules, and other relevant sources as to the scope or even to the existence of a duty of confidentiality.