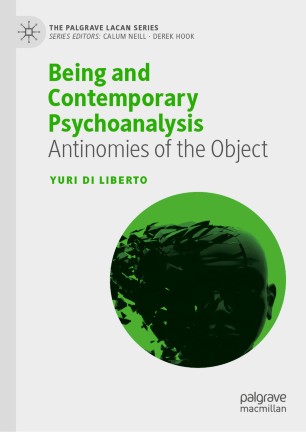 Being and Contemporary Psychoanalysis

Antinomies of the Object

This book explores how philosophical realisms relate to psychoanalytical conceptions of the Real, and in turn how the Lacanian framework challenges basic philosophical notions of object and reality. The author examines how contemporary psychoanalysis might respond to the question of ontology by taking advantage of the recent revitalization of realism in its speculative form. While the philosophical side of the debate makes a plea for an independent ontological consistency of the Real, this book proposes a Lacanian reassessment of the definition of the Real as ‘what is foreign to subjectivity itself’. In doing so, it reframes the question of the Real in terms of what is already there beneath the supposedly linguistic constitution of subjectivity.
The book then goes on to engage the problem of cognition in the realm of Nature qua materiality, focusing on the centrality of the body as a linguistic-material hybrid. It argues that it is possible to re-establish the theoretical dignity of Ricoeur’s notion of ‘suspicion’, by building a dialogue between Lacanian psychoanalysis and three main domains of inquiry: desire, objects and bodily enjoyment. Borrowing from Piera Aulagnier’s theory of the Other as a word-bearer, it considers the genesis of desire and sense of reality both explainable through a hybrid framework which comprises psychoanalytical insights and material dynamics in a comprehensive account. This created theoretical space is an opportunity for both philosophers and psychoanalysts to rethink some key Lacanian insights in light of the problem of the Real.
Yuri Di Liberto is based at the University of Calabria, Italy and works on the possible intersections between philosophy and psychoanalysis. His research focuses on contemporary continental philosophy, post-structuralism and Lacanian psychoanalysis. He is the author of Il pieno e il vuoto: Jacques Lacan, Gilles Deleuze e il tessuto del Reale (2017).