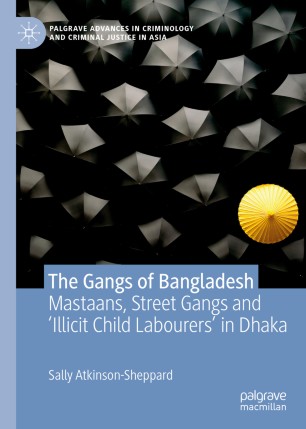 The Gangs of Bangladesh

This book presents a study of street children’s involvement as workers in Bangladeshi organised crime groups based on a three-year ethnographic study in Dhaka. The book argues that ‘mastaans’ are Bangladeshi mafia groups that operate in a market for crime, violence and social protection. It considers the crimes mastaans commit, the ways they divide labour, and how and why street children become involved in these groups. The book explores how street children are hired by ‘mastaans’, to carry weapons, sell drugs, collect extortion money, commit political violence and conduct contract killings. The book argues that these young people are neither victims nor offenders; they are instead ‘illicit child labourers’, doing what they can to survive on the streets. This book adds to the emerging fields of the sociology of crime and deviance in South Asia and ‘Southern criminology’.