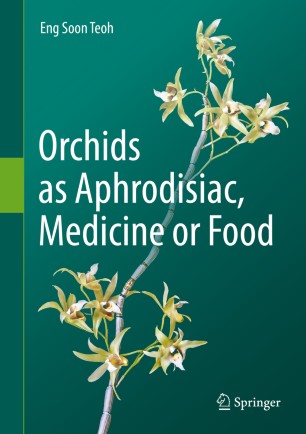 Orchids as Aphrodisiac, Medicine or Food

Did you know that Vanilla was formerly served as aphrodisiac by Cassanova and Madam Pompadour, and Elizabeth I loved its flavor?

This is the first book that provides a complete worldwide coverage of orchids being employed as aphrodisiacs, medicine or charms and food. Opening with an in-depth historical account of orchids (orchis Greek testicle), the author describes how the Theory of Signatures influenced ancient herbalists to regard terrestrial orchid tubers as aphrodisiacs. Doctors and apothecaries promoted it during the Renaissance. Usage of orchids in Traditional Chinese Medicine, Indian Ayurvedic Medicine; by Tibetan yogins and Amchi healers for longevity pills, tonics and aphrodisiacs; by Africans to prepare 'health promoting' chikanda  or as survival food when lost in the Australian bush are some highlights of the book. Early settlers in America  and the East Indies often relied on native remedies and employment of orchids for such needs is described.  Also covered are the search for medicinal compounds by scientists, attempts to prove the orchid's efficacy by experiment and the worry of conservationists. .