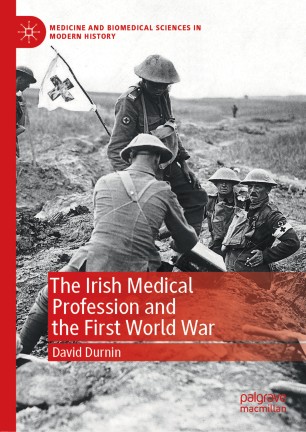 The Irish Medical Profession and the First World War

This book examines the role of the Irish medical profession in the First World War. It assesses the extent of its involvement in the conflict while also interrogating the effect of global war on the development of Ireland’s domestic medical infrastructure, especially its hospital network. The study explores the factors that encouraged Ireland’s medical personnel to join the British Army medical services and uncovers how Irish hospital governors, in the face of increasing staff shortages and economic inflation, ensured that Ireland’s voluntary hospital network survived the war. It also considers how Ireland’s wartime doctors reintegrated into an Irish society that had experienced a profound shift in political opinion towards their involvement in the conflict and subsequently became embroiled in its own Civil War. In doing so, this book provides the first comprehensive study of the effect of the First World War on the medical profession in Ireland.