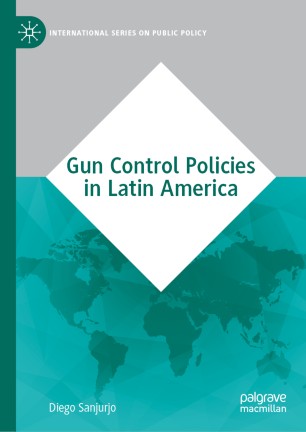 This book analyses the crucial role that guns play in the dynamics of extreme violence engulfing Latin America and the policies that are being implemented to confront it. Gun control is surprisingly not a prominent issue in most countries of the region, but this situation is rapidly changing as proliferation and violence dramatically increase. The book adopts an extended version of John Kingdon's influential Multiple Streams Framework to explore how gun control enters political agendas and why some countries act to end gun violence and others do not. In this effort, the Brazilian Disarmament Statute and the Uruguayan Responsible Firearm Ownership Law serve as in-depth case studies that exhibit the region’s heterogeneity and put Kingdon’s policy theory to the test. Gun Control Policies in Latin America is an essential reading for anyone interested in Latin American security and public policies.
Diego Sanjurjo is Postdoctoral Fellow at the University of the Republic (UdelaR) in Montevideo, Uruguay. He is a policy analyst and security expert and his lines of research include public security, gun control, Latin American politics and public policy theories.