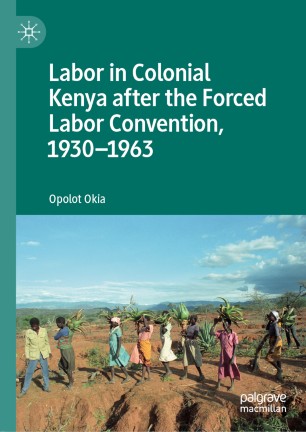 Labor in Colonial Kenya after the Forced Labor Convention, 1930–1963

This book advances research into the government-forced labor used widely in colonial Kenya from 1930 to 1963 after the passage of the International Labor Organization’s Forced Labour Convention. While the 1930 Convention intended to mark the suppression of forced labor practices, various exemptions meant that many coercive labor practices continued in colonial territories. Focusing on East Africa and the Kenya Colony, this book shows how the colonial administration was able to exploit the exemption clause for communal labor, thus ensuring the mobilization of African labor for infrastructure development. As an exemption, communal labor was not defined as forced labor but instead justified as a continuation of traditional African and community labor practices. Despite this ideological justification, the book shows that communal labor was indeed an intensification of coercive labor practices and one that penalized Africans for non-compliance with fines or imprisonment. The use of forced labor before and after the passage of the Convention is examined, with a focus on its use during World War II as well as in efforts to combat soil erosion in the rural African reserve areas in Kenya. The exploitation of female labor, the Mau Mau war of the 1950s, civilian protests, and the regeneration of communal labor as harambee after independence are also discussed.