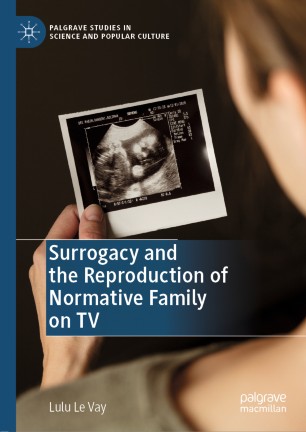 Surrogacy and the Reproduction of Normative Family on TV

This book examines the proliferation of surrogacy storylines on TV, exploring themes of infertility, motherhood, parenting and family. It investigates how, despite reproductive technologies’ ability to flex contours of family, the shows’ narratives work to uphold the white, heterosexual, genetically-reproduced family as the ideal. In dialogue with responses from a range of female viewers, both mothers and non-mothers, the book scrutinises the construction of family ideology on television with studies including Coronation Street (1960-present),Giuliana & Bill (2009-2014), Rules of Engagement (2007-2013), The New Normal (2012-2013), Top of the Lake: China Girl (2017) The Handmaid’s Tale (2017-present) and film Baby Mama (2008). These studies raise a number of questions; is homosexuality only acceptable when it echoes heterosexual norms? Are female characters only fulfilled when they are genetic mothers? Does heterosexual romance override technology in the cure for infertility? While the answers to these questions may suggest that television still conforms to heteronormative narratives, this book importantly demonstrates that audiences desire alternative happy endings that show infertile female characters more positively and recognise alternative kinship formations as meaningful.