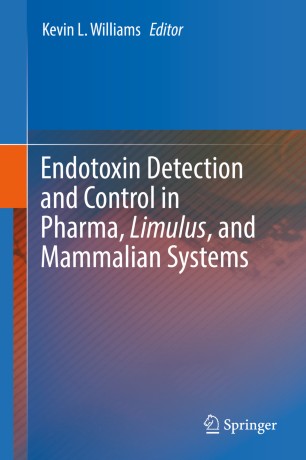 Endotoxin Detection and Control in Pharma, Limulus, and Mammalian Systems

Endotoxin detection and control is a dynamic area of applied science that touches a vast number of complex subjects. The intersection of test activities includes the use of an ancient blood system from an odd “living fossil” (Limulus). It is used to detect remnants of the most primitive and destructive forms of life (prokaryotes) as contaminants of complex modern systems (mammalian and Pharma).

Recent challenges in the field include those associated with the application of traditional methods to new types of molecules and manufacturing processes. The advent of “at will” production of biologics in lieu of harvesting animal proteins has revolutionized the treatment of disease. While the fruits of the biotechnology revolution are widely acknowledged, the realization of the differences in the means of production and changes in the manner of control of potential impurities and contaminants in regard to the new versus the old are less widely appreciated.

Endotoxin as an ancient, dynamic interface between lifeforms, provides a singular perspective from which to view the parallel development of ancient and modern organisms as well as the progress of man in deciphering the complexity of their interactions in his efforts to overcome disease.