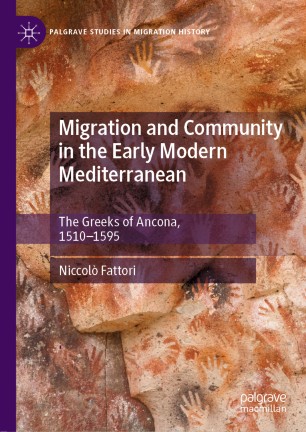 Migration and Community in the Early Modern Mediterranean

This book analyses the processes of formation, consolidation and dissolution of the migrant community in Ancona, a sixteenth-century Italian port city, connecting it to the wider development that took place in Europe and the Mediterranean. The book initially looks at why migrants decided to leave their homelands in parts of the Aegean region ruled by the Ottoman, Venetian, and Genoese; it then goes on to describe the mechanisms of settlement, professional insertion, and integration that migrants undertook in the social fabric of their new host city. The book examines how migrants organised themselves into a devotional confraternity and the role this institution played in the growth of the community. Finally, it looks at how the community dissolved during the late sixteenth century, faced with increasing pressure from the reformed Catholic clergy after the Council of Trent. Offering fresh insights into the history of Greek diaspora, this book explores the dynamics of migration and community in the early modern Mediterranean through the lens of social connections.