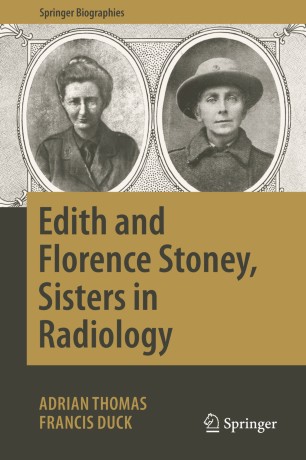 This book explores the lives and achievements of two Irish sisters, Edith and Florence Stoney, who pioneered the use of new electromedical technologies, especially X-rays but also ultraviolet radiation and diathermy. In addition, however, the narrative follows several intertwined themes as experienced by the sisters during their lifetimes. Their upbringing, influenced by their liberal-minded scientist father, set the tone for both their lives. Irish independence fractured their family heritage. Their professional experiences, fulfilling for Florence as a qualified doctor but often frustrating for Edith as a Cambridge-educated scientist, mirrored those of other aspiring women during this period, when the suffragist movement expanded and women’s lobby groups were formed. World War I created an environment in which their unusual specialist knowledge was widely needed, and the sisters’ war experiences are carefully examined in the book. But ultimately this is the extraordinary story of two independent but closely bonded sisters and their abiding love and support for one another.