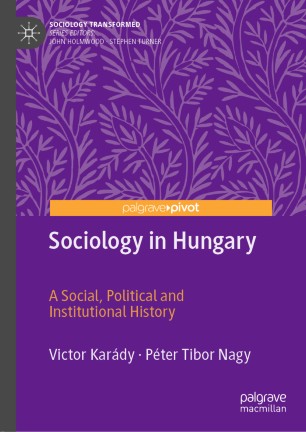 A Social, Political and Institutional History

‘Victor Karady and Peter Tibor Nagy, outstanding experts for the socio-historical analysis of academic life and intellectual debates, paint a brilliant portrait of what happened to sociology in Hungary during the long 20th century.’— Christian Fleck, University of Graz, Austria

‘This book is a splendid, well-documented overview of Hungarian sociology, from the spectacular beginnings of the early 20th century, to the great founding fathers after the 1960s, paving the way for students to secure the well-deserved place of Hungarian sociology in international social sciences.’ — Iván Szelényi, William Graham Sumner Emeritus Professor of Sociology and Political Science, Yale University, USA

This book is the first English-language study of the social, intellectual and institutional history of sociology and the social sciences in Hungary.

Starting with the emergence of the discipline in the early 20th century, Karady and Nagy chart its development throughout various transformations of Hungarian society: from the liberal Dual Monarchy, through the respective Christian and Stalinist regimes, and culminating in the modern scholarly field today. Drawing on large-scale prosopographical materials, the authors use empirically-based socio-historical analysis to measure the impact of successive and radical regime changes on the country's intellectual life.

This will be an important and original point of reference for scholars and students of historical sociology, and Eastern European intellectual history.