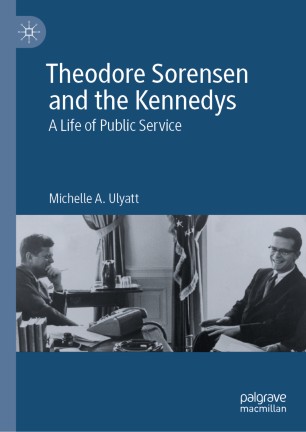 Theodore Sorensen and the Kennedys

A Life of Public Service

Of the hundreds of books written about John F. Kennedy, none have yet taken the full measure of the role that Theodore Sorensen played in shaping his presidency. Serving as President Kennedy’s speechwriter from 1952 until 1963, Sorensen was a key advisor in the White House and a gatekeeper of the Kennedy legacy in the years after his assassination. This book presents a compelling portrait of Sorensen’s life and place in the American political landscape. He became an outspoken critic of corruption in politics, a vocal opponent of the militarist foreign policy approach that successive administrations adopted, and an advisor to Democratic presidential candidates such as Robert F. Kennedy and Barack Obama. Taking up questions about the role of presidential advisors and the concept of public service, an ideal that was central to the most famous of the speeches that Sorensen wrote for President Kennedy, Michelle A. Ulyatt offers new insight into Sorensen’s influence on the Kennedy years and the generation of leaders who came after.