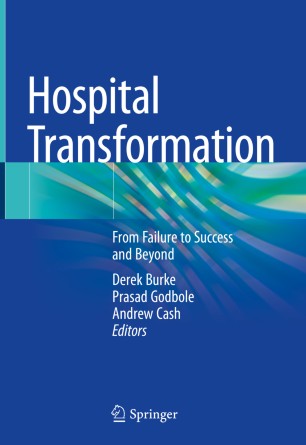 From Failure to Success and Beyond

This book discusses the factors that contribute to the success of hospitals from a theoretical, practical and operational perspective to allow hospital managers both clinical and non-clinical at all levels to achieve success via a turnaround process where necessary.  A robust performance management framework is detailed to make this success sustainable. Case studies where appropriate support the relevant chapters. Chapters can be read sequentially or as a stand-alone chapter.

Sir Andrew Cash OBE joined the NHS as a fast track graduate management trainee and has been a chief executive for more than 20 years. He has worked at local, regional and national level. He has worked by invite at the Department of Health Whitehall on a number of occasions. He is a visiting Professor in Leadership Development at the Universities of York and Sheffield. Sir Andrew has been Chief Executive of Sheffield Teaching Hospitals NHS Foundation since its inception in July 2004 until his retirement in July 2018. Prior to that he was the first Chief Executive of the newly merged Sheffield Teaching Hospitals, which came into effect in April 2001. Currently Sir Andrew is Chief Executive/System Lead for the South Yorkshire and BASSETLAW Integrated Care System.

“Written for healthcare professionals, the book will be valuable for those primarily in leadership positions. Those who are in managerial roles, both clinical and nonclinical, will find the information relevant and interesting.” (Constance Shay-Hadley, Doody’s Book Reviews, March 6, 2020)
Buy options