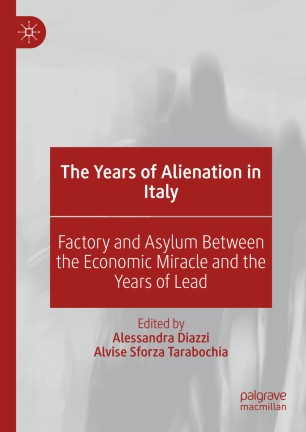 The Years of Alienation in Italy

The Years of Alienation in Italy offers an interdisciplinary overview of the socio-political, psychological, philosophical, and cultural meanings that the notion of alienation took on in Italy between the 1960s and the 1970s. It addresses alienation as a social condition of estrangement, caused by the capitalist system, a pathological state of the mind and an ontological condition of subjectivity. Contributors to the edited volume explore the pervasive influence this multifarious concept had on literature, cinema, architecture, and photography in Italy. The collection also theoretically reassesses the notion of alienation from a novel perspective, employing Italy as a paradigmatic case study in its pioneering role in the revolution of mental health care and factory work during these two decades.

Alessandra Diazzi is Lecturer in Italian at the University of Manchester, UK. Her work focuses primarily on the reception of psychoanalysis in Italian culture, with a particular focus on the relationship between psychoanalysis and impegno in Italy. She has published articles on contemporary Italian literature and cinema.