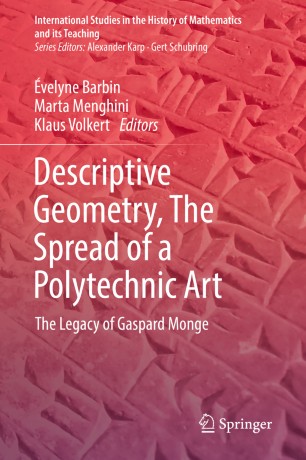 Descriptive Geometry, The Spread of a Polytechnic Art

The Legacy of Gaspard Monge

This book seeks to explore the history of descriptive geometry in relation to its circulation in the 19th century, which had been favoured by the transfers of the model of the École Polytechnique to other countries. The book also covers the diffusion of its teaching from higher instruction to technical and secondary teaching. In relation to that, there is analysis of the role of the institution – similar but definitely not identical in the different countries – in the field under consideration. The book contains chapters focused on different countries, areas, and institutions, written by specialists of the history of the field. Insights on descriptive geometry are provided in the context of the mathematical aspect, the aspect of teaching in particular to non-mathematicians, and the institutions themselves.