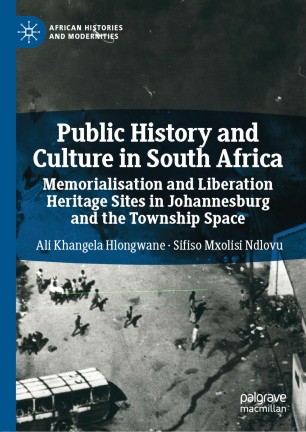 Memorialisation and Liberation Heritage Sites in Johannesburg and the Township Space

The post-apartheid era in South Africa has, in the space of nearly two decades, experienced a massive memory boom, manifest in a plethora of new memorials and museums and in the renaming of streets, buildings, cities and more across the country. This memorialisation is intricately linked to questions of power, liberation and public history in the making and remaking of the South African nation. Ali Khangela Hlongwane and Sifiso Mxolisi Ndlovu analyse an array of these liberation heritage sites, including the Hector Pieterson Memorial and Museum, the June 16, 1976 Interpretation Centre, the Apartheid Museum and the Mandela House Museum, foregrounding the work of migrant workers, architects, visual artists and activists in the practice of memorialisation. As they argue, memorialisation has been integral to the process of state and nation formation from the pre-colonial era through the present day.