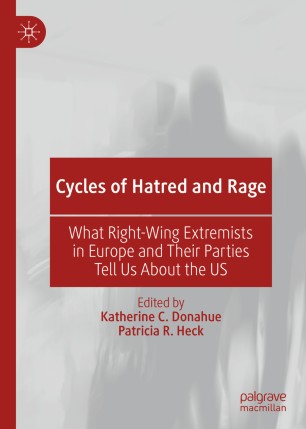 Cycles of Hatred and Rage

This edited collection addresses a growing concern in Europe and the United States about the future of the European Union, democratic institutions, and democracy itself.  The current success of right-wing parties—marked by the adoption of extremist nationalistic rhetoric aimed to incite fear of the “other” and the use of authoritarian policies when attaining the majority—is putting pressure on basic human rights and the rule of law.  Eight sociocultural anthropologists, working in England, Northern Ireland, Italy, France, Poland, Germany, Hungary and the United States use varying methodological and theoretical approaches to inspect a number of such parties and their supporters, while assessing the underpinnings of current right-wing successes in what has heretofore been a recurring post-war cycle. The research collected in Cycles of Hatred and Rage supports the validity of the above concerns, and it ultimately suggests that in the current battle between democratic globalists and authoritarian nationalists, the outcome is far from clear.