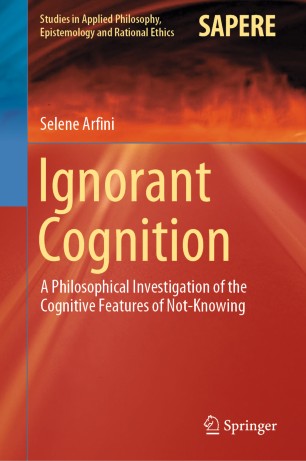 A Philosophical Investigation of the Cognitive Features of Not-Knowing

This book offers a comprehensive philosophical investigation of ignorance. Using a set of cognitive tools and models, it discusses features that can describe a state of ignorance if linked to a particular type of cognition affecting the agent’s social behavior, belief system, and inferential capacity. The author defines ignorance as a cognitive condition that can be either passively (and unconsciously) borne by an agent or actively nurtured by him or her, and a condition that entails epistemic limitations (which can be any lack of knowledge, belief, information or data) that affect the agent’s behavior, belief system, and inferential capacity.

The author subsequently describes the ephemeral nature of ignorance, its tenacity in the development of human inferential and cognitive performance, and the possibility of sharing ignorance among human agents within the social dimension. By combining previous frameworks such as the naturalization of logic, the eco-cognitive perspective in philosophy and concepts from Peircean epistemology, and adding original ideas derived from the author’s own research and reflections, the book develops a new cognitive framework to help understand the nature of ignorance and its influence on the human condition.