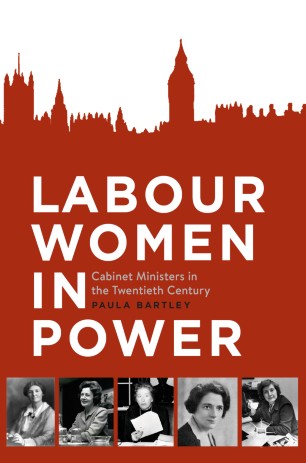 Cabinet Ministers in the Twentieth Century

‘It is really shocking that the earliest women Cabinet Ministers have almost been forgotten.  Most haven’t heard of Margaret Bondfield - the first.  Many have heard of Ellen Wilkinson, but few know she was a Cabinet Minister. Judith Hart is almost lost.  Not so Barbara Castle and Shirley Williams.  These are the total sum of Labour Cabinet Ministers up to 1997.  Paula Bartley has produced a highly readable and informative history.  It is really important that these women’s achievements are remembered and celebrated.’

‘This fascinating and scholarly study is a key text for anyone with an interest in women’s history and politics.’

This book examines the political lives and contributions of Margaret Bondfield, Ellen Wilkinson, Barbara Castle, Judith Hart and Shirley Williams, the only five women to achieve Cabinet rank in a Labour Government from the party’s creation until Blair became Prime Minister. Paula Bartley brings together newly discovered archival material and published work to provide a survey of these women, all of whom managed to make a mark out of all proportion to their numbers. Charting their ideas, characters, and formative influences, Bartley provides an account of their rise to power, analysing their contribution to policy making, and assessing their significance and reputation. She shows that these women were not a homogeneous group, but came from diverse family backgrounds, entered politics in their own discrete way, and rose to power at different times. Some were more successful than others, but despite their diversity these women shared one thing in common: they all functioned in a male world.