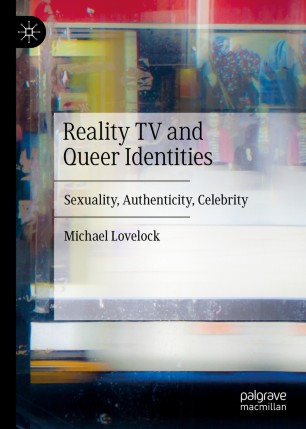 This book examines queer visibility in reality television, which is arguably the most prolific space of gay, lesbian, transgender and otherwise queer media representation. It explores almost two decades of reality programming, from Big Brother to I Am Cait, American Idol to RuPaul’s Drag Race, arguing that the specific conventions of reality TV—its intimacy and emotion, its investments in celebrity and the ideal of authenticity—have inextricably shaped the ways in which queer people have become visible in reality shows. By challenging popular judgements on reality shows as damaging spaces of queer representation, this book argues that reality TV has pioneered a unique form of queer-inclusive broadcasting, where a desire for authenticity, rather than being heterosexual, is the norm. Across all chapters, this book investigates how reality TV’s celebration of ‘compulsory authenticity’ has circulated ‘acceptable’ and ‘unacceptable’ ways of being queer, demonstrating how possibilities for queer visibility are shaped by broader anxieties and around selfhood, identity and the real in contemporary cultural life.