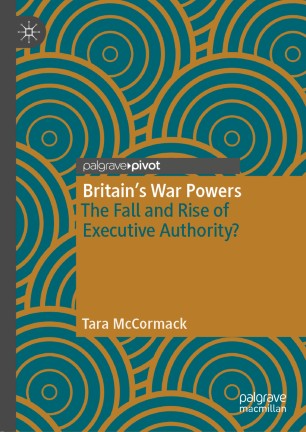 The Fall and Rise of Executive Authority?

This book provides a state of the art discussion of the royal prerogative over war powers in the UK. This issue has received particular attention over proposed military strikes against the Syrian regime and it was claimed by many observers and scholars that parliament now controls decisions in war. However, the record has been mixed– and the most recent decision by Prime Minister May on Syria in 2018 shows that the executive can re-assert prerogative powers and effectively sidestep parliament. The author argues that these dynamics should be seen in the context of the declining authority of the executive and the legislature and in terms of a policy solution, and ultimately she suggests a War Powers Act as a firmer foundation for Britain’s war powers.

Tara McCormack is Lecturer in International Politics at the University of Leicester, UK.