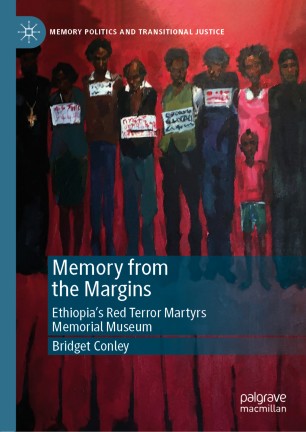 Memory from the Margins

This book asks the question: what is the role of memory during a political transition? Drawing on Ethiopian history, transitional justice, and scholarly fields concerned with memory, museums and trauma, the author reveals a complex picture of global, transnational, national and local forces as they converge in the story of the creation and continued life of one modest museum in the Ethiopian capital, Addis Ababa—the Red Terror Martyrs Memorial Museum. It is a study from multiple margins: neither the case of Ethiopia nor memorialization is central to transitional justice discourse, and within Ethiopia, the history of the Red Terror is sidelined in contemporary politics. From these nested margins, traumatic memory emerges as an ambiguous social and political force. The contributions, meaning and limitations of memory emerge at the point of discrete interactions between memory advocates, survivor-docents and visitors. Memory from the margins is revealed as powerful for how it disrupts, not builds, new forms of community.
Bridget Conley is Research Director of the World Peace Foundation at The Fletcher School, USA. She was previously Research Director for the U.S. Holocaust Memorial Museum’s Committee on Conscience.