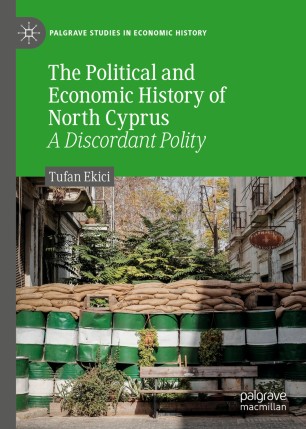 The Political and Economic History of North Cyprus

This monograph provides a comprehensive analysis of the political economy of the Turkish Cypriot governance in the northern part of Cyprus after 1974. Examining the political and state structure, labour market, social security, state economic enterprises and allocation of land, Ekici shines a light on the turbulent history of North Cyprus. What is its relationship with Turkey and the South? How does economic development compare across Cyprus? Who are the potential perpetrators of post-1974 developments? Such questions are addressed in this much-needed book.

As a self-proclaimed internationally unrecognised state, neglected by the international community and scholarly literature, this book marks an important development in the study of North Cyprus and Turkey's role in its economy and politics.