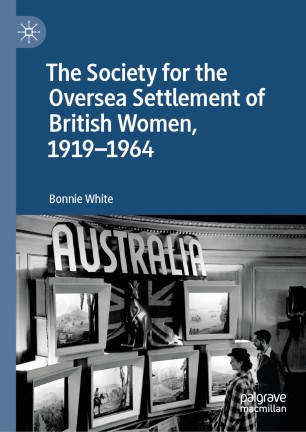 The Society for the Oversea Settlement of British Women, 1919-1964

This book examines the British government’s response to the ‘superfluous women problem', and concerns about post-war unemployment more generally, by creating a migration society that was tasked with reducing the number of single women at home through overseas migration.  The Society for the Oversea Settlement of British Women (SOSBW) was created in 1919 to facilitate the transportation of female migrants to the former white settler colonies. To do so, the SOSBW worked with various domestic and dominion groups to find the most suitable women for migration, while also meeting the dominions’ demands for specific types of workers, particularly women for work in domestic service. While the Society initially aimed to meet its original mandate, it gradually developed its own vision of empire settlement and refocused its efforts on aiding the migration of educated and trained women who were looking for new, modern, and professional work opportunities abroad.