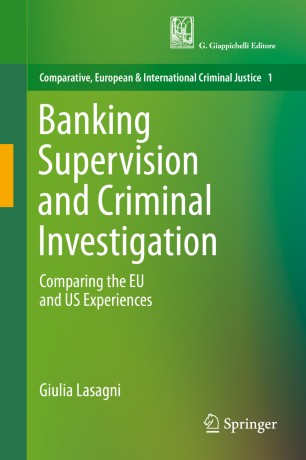 Comparing the EU and US Experiences

In the aftermath of the last financial crisis, on both sides of the Atlantic banking supervisors were given new supervisory and enforcement powers, which are often of a substantially punitive-criminal nature.
In Europe in particular, the establishment of the Single Supervisory Mechanism within the European Central Bank substantially increased centralised investigatory and sanctioning powers. This major innovation, together with the development of forms of real-time monitoring of banking (often digital) records, challenges traditional banking criminal investigations in their national-based and analogue dimension.
The book offers a comprehensive account and perspective analysis of the interactions between the criminal and administrative nature of such new powers, highlighting their “punitive” overall nature and their impact on fundamental rights. Covering both the US and the EU regulatory frameworks, it  presents unprecedented, trans-systemic research between criminal law and procedure, and between regulatory and administrative law, at the international, European and national level.
The book also includes a rich and detailed selection of case law from the US and the European supreme courts, with a specific focus on CJEU and ECtHR decisions.