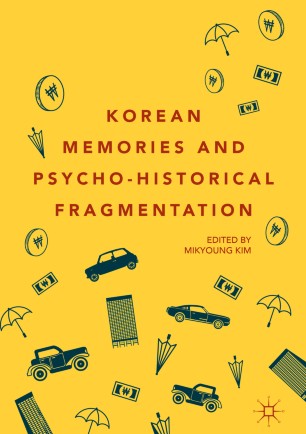 This pioneering book is the first English volume on Korean memories. In it, Mikyoung Kim introduces ‘psycho-historical fragmentation’, a concept that explains South Korea’s mnemonic rupture as a result of living under intense temporal, psychological and physical pressure. As Korean society has undergone transformation at unusual speed and intensity, so has its historical memory. Divided into three sections, on lingering colonial legacies, the residuals of the Cold War and Korean War, and Korea’s democracy movement in the 1980s, Korean Memories and Psycho-Historical Fragmentation aims to tell multi-layered, subtle and lesser-known stories of Korea’s historical past. With contributions from interdisciplinary perspectives, it reveals the fragmentation of Korean memory and the impact of silencing.

Mikyoung Kim is an independent scholar. Her previous books include the Routledge Handbook of Memory and Reconciliation in East Asia (2015) and Northeast Asia’s Difficult Past (2010), co-edited with Barry Schwartz.