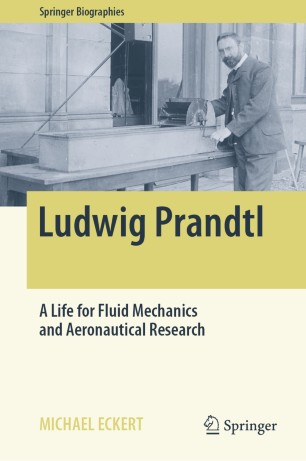 A Life for Fluid Mechanics and Aeronautical Research

This is a comprehensive biography of Ludwig Prandtl (1875-1953), the father of modern aerodynamics. His name is associated most famously with the boundary layer concept, but also with several other topics in 20th century fluid mechanics, particularly turbulence (Prandtl's mixing length). Among his disciples are pioneers of modern fluid mechanics such as Heinrich Blasius, Theodore von Kármán and Walter Tollmien. Furthermore, Prandtl founded the Aerodynamische Versuchsanstalt (AVA) and the Kaiser-Wilhelm-Institut für Strömungsforschung in Göttingen, both of them seeds for the growth of fluid mechanics in Germany. Yet Prandtl was also a representative of aeronautical research - from Imperial Germany via the Weimar Republic to the "Third Reich". Although not a party member, he assumed the role of a goodwill ambassador for Nazi Germany. This objective treatment of his career will be of interest to all scientists and historians wanting to learn more about Prandtl's influence and the early development of fluid- and aerodynamics.