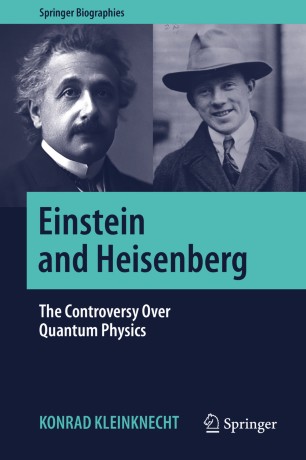 The Controversy Over Quantum Physics

This is a fascinating account of two great scientists of the 20th century: Einstein and Heisenberg, discoverers, respectively, of the theory of relativity and quantum mechanics. It connects the history of modern physics to the life stories of these two extraordinary physicists.These discoveries laid the foundation of modern physics, without which our digitized world of computers, satellites, and innovative materials would not be possible. This book also describes in comprehensible terms the complicated science underlying the two discoveries.The twin biography highlights the parallels and differences of these two luminaries, showing how their work shaped the 20th century into the century of physics.