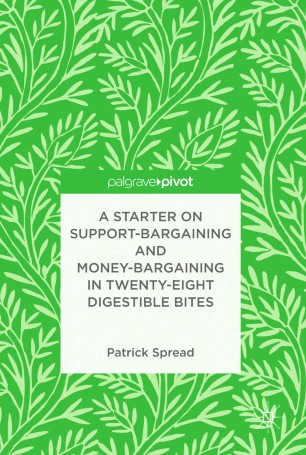 Mainstream economic theory, or ‘neoclassical theory’, can be seen as formulated to advance individual interest. It is mainstream because it has assembled sufficient support to give it ascendancy in academia. It reconciles private and public interest in a mathematical account of resource allocation. Money-bargaining, in contrast, explains the process of economic exchange. Transactions are based on information, so that the character of information itself influences the conduct of exchange.

This volume provides a radically new explanation of the functioning of human societies that will be recognised as entirely consistent with common observation and experience.

Patrick Spread studied at Trinity College, Oxford, UK and obtained a doctorate from London Business School, UK. He worked as a business economist in London before moving to public sector posts overseas, working initially in the Pacific and subsequently in Asia and Africa. His first book on support-bargaining and money-bargaining was published by Macmillan in 1984.