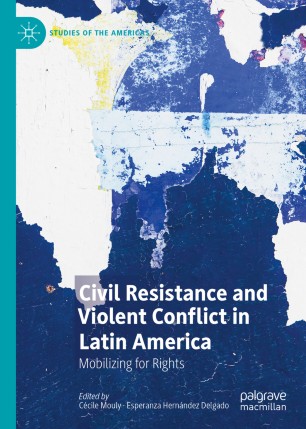 This book explores distinct forms of civil resistance in situations of violent conflict in cases across Latin America, drawing important lessons learned for nonviolent struggles in the region and beyond. The authors analyze campaigns against armed actors in situations of internal armed conflict, against private sector companies that seek to exploit natural resources, and against the state in defence of housing rights, bringing to light violent conflict in which people in Latin America have organized to resist imposition by powerful actors and/or confront violence and oppression. Each of the nine cases studied looks at the violent context in which civil resistance took place, its modality, its results and the factors that influenced these, as well as the challenges faced, offering useful insights for scholars and practitioners alike.
Cécile Mouly is Research Professor at FLACSO Ecuador and a practitioner specializing in peace and conflict studies. Her publications include various articles on civil resistance in the context of armed conflict, and the role of civil society in peacebuilding.
Esperanza Hernández Delgado is Professor at the University of La Salle, Colombia, and peace researcher, lecturer and consultant on local peace initiatives, civil resistance, mediations in the Colombian armed conflict, peace processes and peace education.