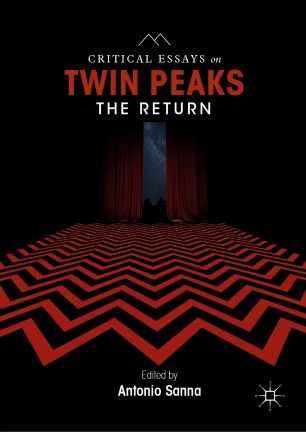 “Critical Essays on Twin Peaks: The Return sets the bar for critical engagement with 2017’s revival of the seminal cult TV series. Sanna brings together eighteen new analyses that explore David Lynch and Mark Frost’s reboot of Twin Peaks from a multitude of perspectives, from a Lacanian reading of its use of doubles through a study of how the owls are not what they meme, looking at Twin Peaks-inspired internet memes. Scholars and fans alike will find much that is illuminating and much to debate in this welcome volume.”
—Dominick Grace, Professor of English, Brescia University College, Canada
This edited collection offers an interdisciplinary study of Twin Peaks: The Return, the third season of a TV program that has attracted the attention (and appreciation) of spectators, fans, and critics for over two decades. The book takes readers into several distinct areas and addresses the different approaches and the range of topics invited by the multidimensionality of the subject itself: the philosophical, the artistic, the socio-cultural, and the personal. The eighteen chapters constituting the volume are academic in their approach to the subject and in their methodology, whether they apply a historical, psychoanalytical, film studies, or gender studies perspective to the text under examination.
The variety and range of perspectives in these aforementioned chapters reflect the belief that a study of the full complexity of Twin Peaks: The Return, as well as a timely assessment of the critical importance of the program, requires both an interdisciplinary perspective and the fusion of different intellectual approaches across genres. The chapters demonstrate a collective awareness of the TV series as a fundamental milestone in contemporary culture.
Antonio Sanna completed his PhD at the University of Westminster, UK. He has published over sixty essays and reviews in international journals and in a variety of edited collections. He is co-editor (with Adam Barkman) of A Critical Companion to Tim Burton (2017) and A Critical Companion to James Cameron (2018), and editor of Pirates in History and Popular Culture (2018).