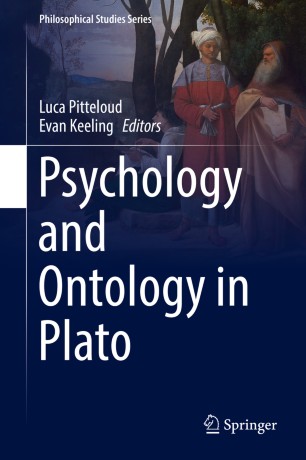 Psychology and Ontology in Plato

This edited volume brings together contributions from prominent scholars to discuss new approaches to Plato’s philosophy, especially in the burgeoning fields of Platonic ontology and psychology. Topics such as the relationship between mind, soul and emotions, as well as the connection between ontology and ethics are discussed through the analyses of dialogues from Plato’s middle and late periods, such as the Republic, Symposium, Theaetetus, Timaeus and Laws. These works are being increasingly studied both as precursors for Aristotelian philosophy and in their own right, and the analyses included in this volume reveal some new interpretations of topics such as Plato’s attitude towards artistic imagination and the possibility of speaking of a teleology in Plato.

Focusing on hot topics in the area, Psychology and Ontology in Plato provides a good sense of what is happening in Platonic scholarship worldwide and will be of interest to academic researchers and teachers interested in ancient philosophy, ontology and philosophical psychology.