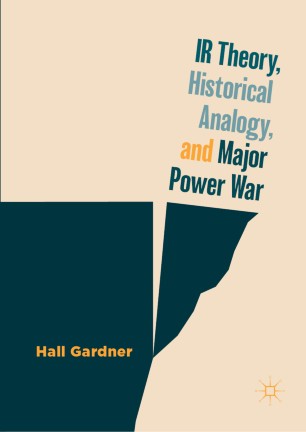 This book critically examines elements of America-First nationalism, neo-conservatism, neo-realism, neo-liberalism, environmental theories, and social constructionism by way of developing an “alternative realist” approach to the study of the origins of major power war. The author critiques concepts of “polarity” and “sovereign” decision making and diplomacy before developing the concept of “highly uneven polycentrism.” The book then develops a unique comparative historical approach that seeks to compare and contrast the pre-World War I, pre-World War II, and Cold War eras with the contemporary post-Cold War period. It is argued that the US, as it remains the leading global hegemon, must fully engage in multilateral diplomacy with major friends and rivals alike in the establishment of differing forms of power sharing and joint sovereignty accords—in order to prevent the global system from polarizing into two contending alliances more reminiscent of both the pre-World War I and pre-World War II periods than the “new Cold War.”
Hall Gardner is Professor and Chair of the International and Comparative Politics Department at the American University of Paris, France.