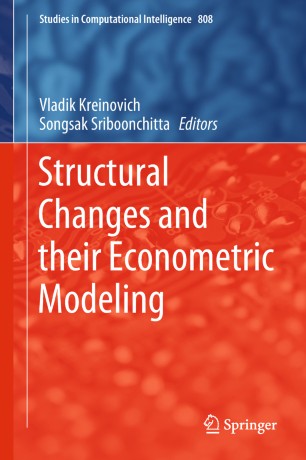 Structural Changes and their Econometric Modeling

Most traditional mathematical models of economic processes describe how the corresponding quantities change with time. However, in addition to such relatively smooth numerical changes, economical phenomena often undergo more drastic structural change. Describing such structural changes is not easy, but it is vital if we want to have a more adequate description of economic phenomena – and thus, more accurate and more reliable predictions and a better understanding on how best to influence the economic situation.