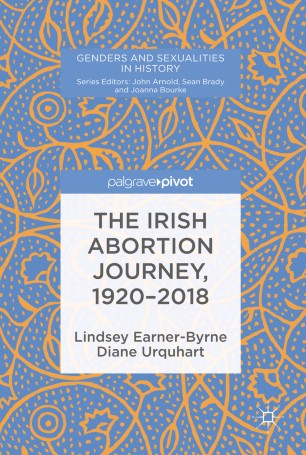 ‘The first fully comprehensive, accessible account of Irish women's struggle for bodily autonomy against powerful male-dominated institutions of state and society. It maps the historical context of the island, the prevailing norms and mores over the decades, the similarities and differences in both states, and firmly place women's value and autonomy as citizens within that, highlighting the hypocrisy, misogyny and careless attitudes that prevented and continue to prevent women from determining their own morality. It charts an amazing journey that is far from over, and articulates a narrative that many people will recognise.’

This book reframes the Irish abortion narrative within the history of women’s reproductive health and explores the similarities and differences that shaped the history of abortion within the two states on the island of Ireland. Since the legalisation of abortion in Britain in 1967, an estimated 200,000 women have travelled from Ireland to England for an abortion. However, this abortion trail is at least a century old and began with women migrating to Britain to flee moral intolerance in Ireland towards unmarried mothers and their offspring. This study highlights how attitudes to unmarried motherhood reflected a broader cultural acceptance that morality should trump concerns regarding maternal health. This rationale bled into social and political responses to birth control and abortion and was underpinned by an acknowledgement that in prioritising morality some women would die.