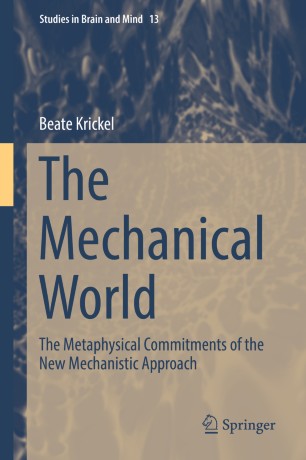 The Metaphysical Commitments of the New Mechanistic Approach

Part of the Studies in Brain and Mind book series (SIBM, volume 13)

This monograph examines the metaphysical commitments of the new mechanistic philosophy, a way of thinking that has returned to center stage. It challenges a variant of reductionism with regard to higher-level phenomena, which has crystallized as a default position among these so-called New Mechanists. Furthermore, it opposes those philosophers who reject the possibility of interlevel causation.

Contemporary philosophers believe that the explanation of scientific phenomena requires the discovery of relevant mechanisms. As a result, new mechanists are, in the main, concerned solely with epistemological questions. But, the author argues, their most central claims rely on metaphysical assumptions. Thus, they must also take into account metaphysics, a system of thought concerned with explaining the fundamental nature of being and the world around it. This branch of philosophy does indeed matter to the empirical sciences.

The chapters investigate the nature of mechanisms, their components, and the ways in which they can bring about different phenomena. In addition, the author develops a novel account of causation in terms of activities.

The analysis provides the basis for many further research projects on mechanisms and their relations to, for example, the mind-body problem, realization, multiple realization, natural kinds, causation, laws of nature, counterfactuals, and scientific levels.