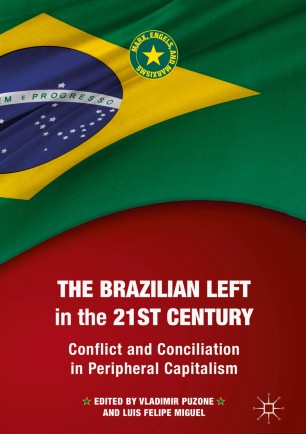 The Brazilian Left in the 21st Century

Conflict and Conciliation in Peripheral Capitalism

This book aims to reconstruct the role played by left movements and organizations in Brazil from their process of renewal in the 1980s as they fought against the civil-military dictatorship, going through the Workers' Party's governments in the 2000s, until the Party’s dramatic defeat with a parliamentary coup in 2016. Henceforth, there have been attacks on social and political rights that severely affect the lower classes and reverted progressive policies on various issues. Through a historical reconstruction, this book analyzes how different left movements and organizations contributed to the democratization of Brazilian society, and how their contradictions contributed to the actual conservative turn. The essays also focus the development of Brazilian Left in the light of socialist politics and especially Marxism, both in terms of political organizations and theory. In this sense, the essays in this collection represent an effort to rethink some aspects of the history of the Brazilian left and how it can reorganize itself after the conservative turn.