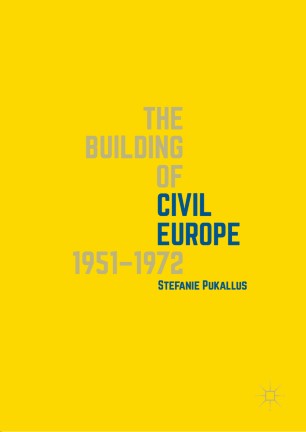 This book argues that early European Commission officials envisaged an integrated civil Europe from the outset. Largely overlooked is the fact that between 1951 and 1972 there was a group of European Commission (and before that the High Authority) officials who wished to build a Civil Europe to sit alongside an economic and political Europe. This Civil Europe was, it was hoped, to become home to a European citizenry equipped with a European civil consciousness that complemented their national and local loyalties. To this end these officials pioneered a series of civil initiatives designed to begin the process of building Civil Europe. This book analyses three such civil initiatives: the building of the first European School, the European Community’s participation in Expo 58 and the production of the European Community’s own documentaries.  From the start Europe was designed and conceived of in terms of a European general civil public and not solely in terms dictated by economic and political interests.